Following are all of the co-founders, investors, and employees defrauded by David Estrada from the EZeeBUY scam he ran in Japan: 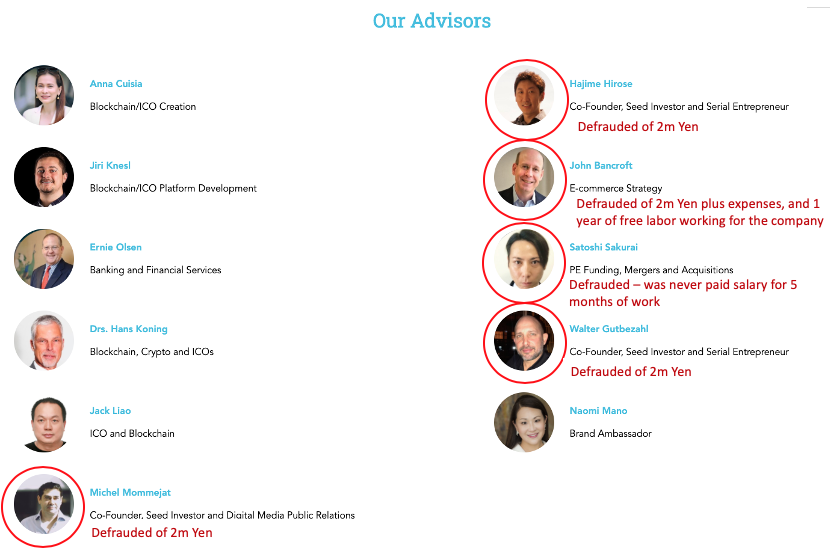 This information can be found in the public domain, here.

As if that weren’t enough, Estrada also rippoed off the owner of a local pizza restaurant (“Pizzakaya”) Derek Thomas.  Estrada took him for thousands of dollars in exchange for worthless EZ8 Tokens.  You can see an interview with Derek here, where he talks about his restaurant. 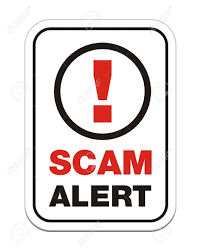 David Estrada has perpetrated numerous scams during his time in Japan (and also has a Criminal Record in the USA, prior to moving to Japan – see the Hall of Shame section for details).

This section will provide details of those scams (and his numerous lies) so that others are aware and will not be defrauded.

In Late 2017, David Estrada launched a startup in Tokyo, japan called EZeeBUY.  He essentially took the idea from another startup being developed at the time called ZWOOP – launched by MPayMe founder and former Powa executive Alex Gadotti.  Later that same year, Estrada began to contact numerous individuals (friends, former business associates, and people he had recently met) to invite them to “invest” in a company he was founding called EZeeBUY.  The people whom he convinced to be involved (either as co-founders, investors, or advisors) can be seen here.  Each of the co-founders (and three of the advisors) invested 2 million Yen each for an equity share of the business.  David Estrada, the founder, told everyone that he invested 18 million Yen of his own money for 51% of the shares – but it was later discovered that he did not invest any money at all – the co-founders and advisors bore 100% of the risk.

Here is the shareholding cap table:

After working diligently to launch and grow the business for nearly a year (without pay, and funding their own expenses) the co-founders began to realize that Estrada was not running the business in a way that was honest and transparent.  One of the advisors who was working within the business on virtually a day-to-day basis, provided this summary:

The Founder actively engages in identity fraud at EZeeBUY.

He uses fabricated names/identities to communicate and negotiate with potential partners, misleading them to believe they are corresponding with 3rd party accountants and lawyers. We have evidence he personally orchestrates and writes these communications and sends them out under fictitiously created names and email addresses.

The Founder refuses to share financial details (standard business financials such as burn rate, spend, funding, etc.) with EZeeBUY co-founders and investors. Investors have no idea where their money is, and have initiated legal action against the company’s founder.

EZeeBUY to date has not paid any of its suppliers/contractors as promised.  Our due diligence has revealed that none of the suppliers or contractors who have completed work for EZeeBUY have been paid as agreed – despite contracts clearly committing the company. Creditors include developers, fundraising services, office space providers, and former employees.  We estimate that the company has contractual obligations far in excess of the amount of total paid-in capital, and is likely insolvent.

The Founder misrepresents funding raised for EZeeBUY.  During our due diligence, we discovered pitch decks and video (from investor presentations) that claim EZeeBUY has raised US $1m from external investors. We have found no evidence that this is true.

The Founder is using EZeeBUY to defraud investors.  We have been contacted by multiple investors who have invested either in the EZeeBUY company or EZ8 Tokens (cryptocurrency) and have been provided with NOTHING  in return.  It appears he has simply stolen their money.

The Founder’s LinkedIn profile states that he is located in San Francisco, when in fact he is located in Tokyo, Japan.  Additionally, the EZeeBUY website contains multiple job openings – our due diligence has revealed that none of these opportunities are genuine.

During the period of July-August of 2018, David Estrada and some of the EZeeBUY co-founders participated in an ICO roadshow organized by Priority Token.  Presentations to investors were made in the following cities:

Information on the London event can be found here, and information about the Asian Tour can be found here.  Notice that EZeeBUY is listed as one of the ICO projects on the London page, evidencing Estrada’s participation.  One the Asian Tour page, scroll to the third photo from the top and you will see EZeeBUY projected on the screen, with David Estrada speaking at the front of the room.

During these presentations to investors, David Estrada presented a pitch deck to investors:  EZeeBUY Pitch Deck  (File is quite large, and may take some time to download) We STRONGLY RECOMMEND investors conduct a thorough Due Diligence , and specifically verify the following information in the deck: